Virtual and augmented reality in industry

Evolution at work thanks to augmented reality technology 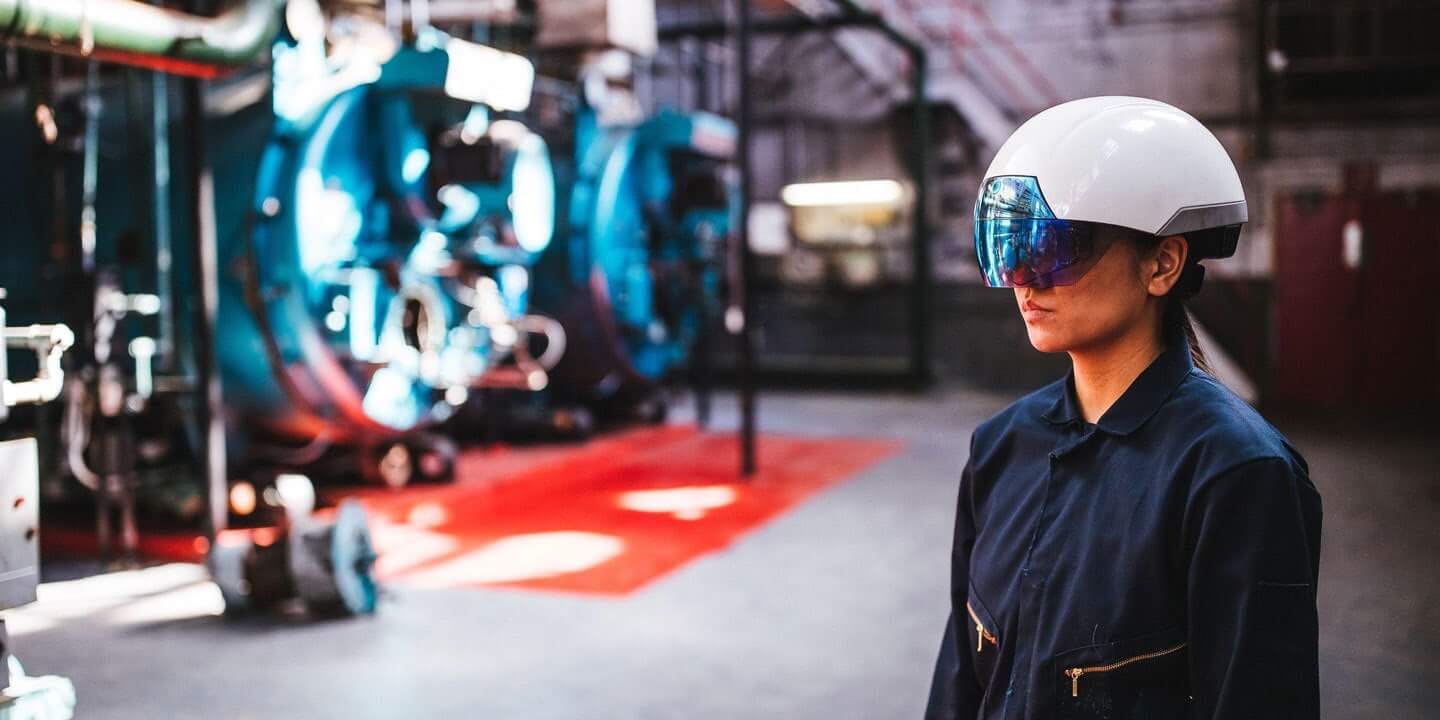 Virtual Reality and Augmented Reality applications for the Industry 4.0

We develop virtual and augmented reality applications in the industry for carry-on devices (Smart headsets and Smart helmets) and mobile devices ( Smartphones and Tablets) that connect operators in the field with the necessary information to complete their work, ensuring greater efficiency and reducing errors.

Our software support the operators with step-by-step instructions using text, icons, images, 3D models , and animations to provide instructions for completing specific tasks. The workflows are integrated into the company’s backend systems, such as ERP, MES, WHS or CRM, and are associated with the ongoing work.

These VR and AR training for the job allow workers to access, capture and send digital information about the activity in real time.

Virtual and Augmented Reality for industry:

Applications with instructions for real-time use 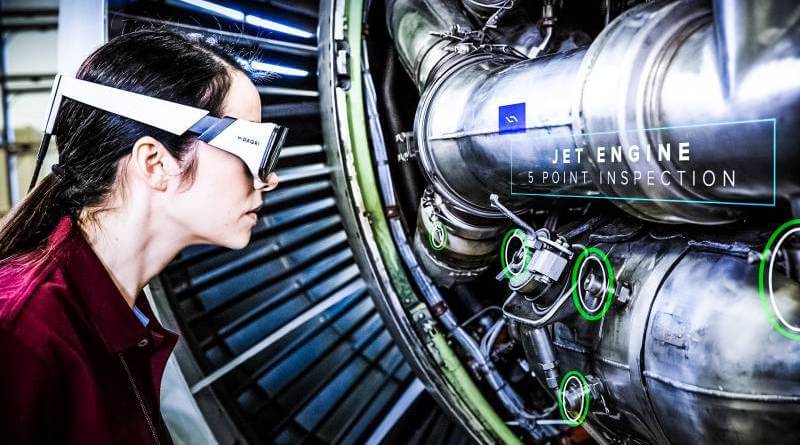 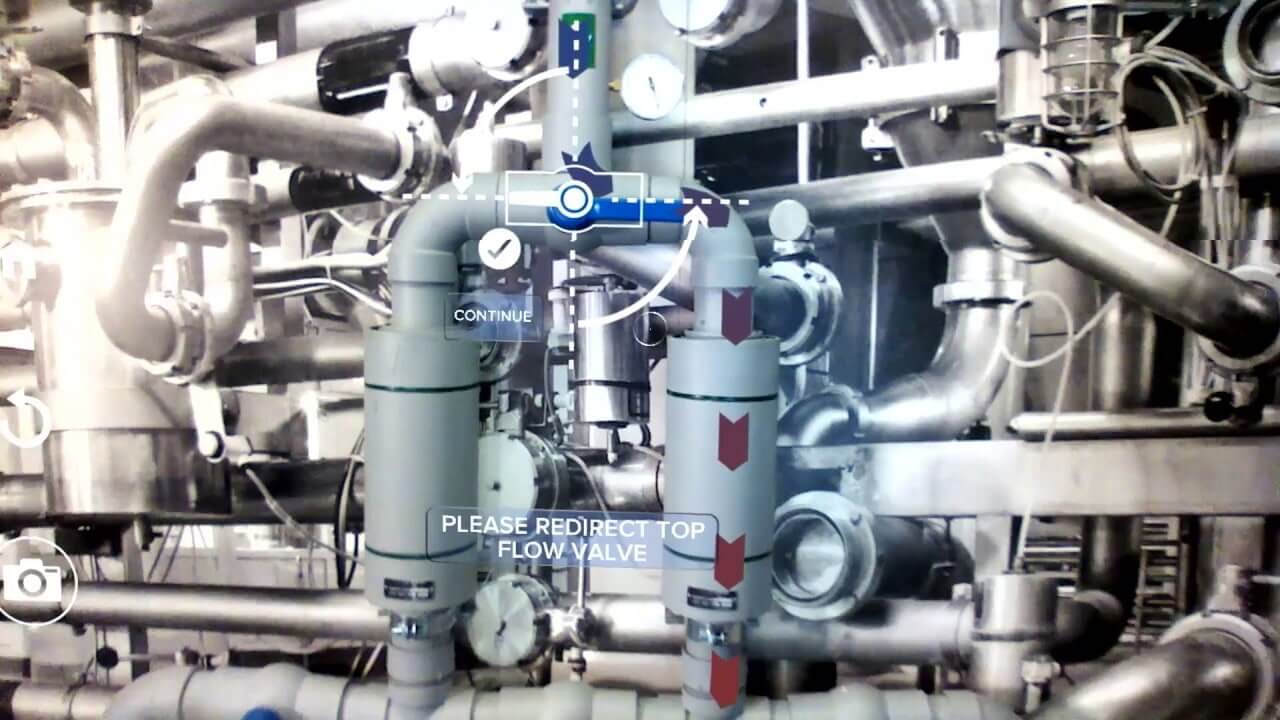 Safety benefits of the augmented and virtual reality at work 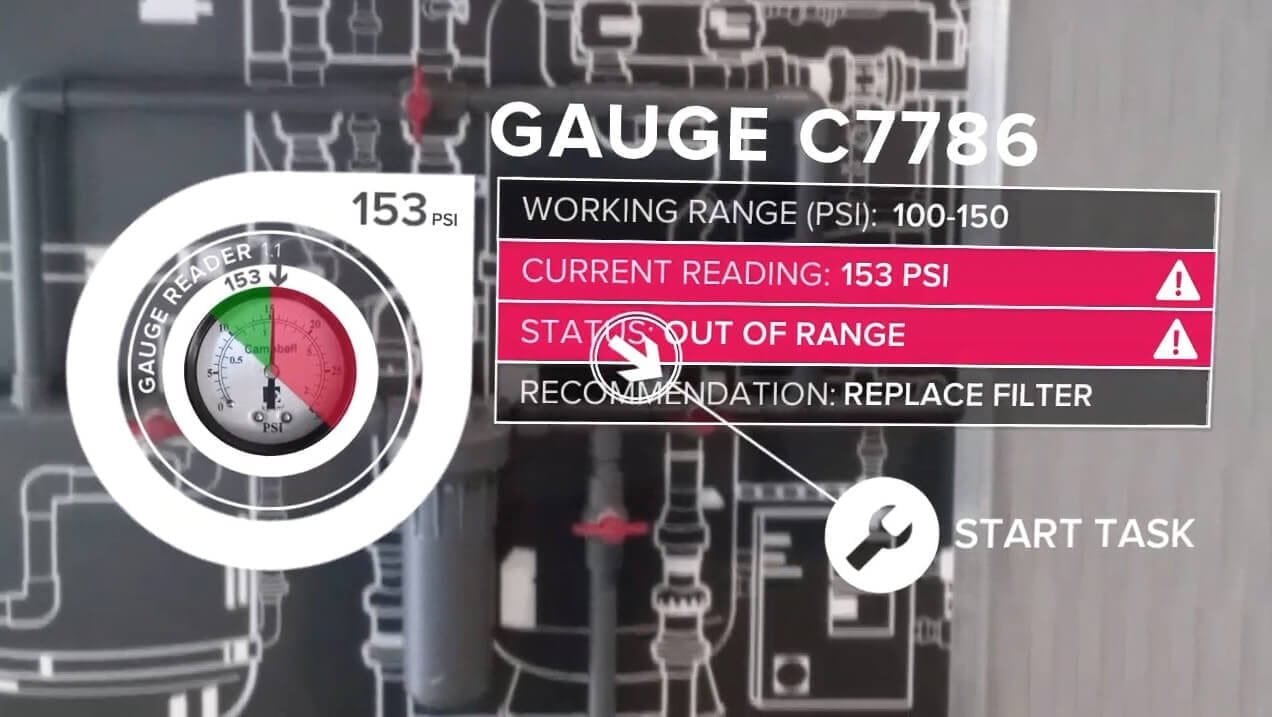 The current virtual reality in the industry: VR/AR Efficiency and Safety

Today, carry-on technology has the strongest impact on logistics and distribution. The smart headsets can facilitate the process of collecting, packing, storing and shipping goods and they are much more powerful than the scan gun.

The use of virtual and augmented reality in the industry for providing health services will, in the future, provide a guarantee to improve diagnostic results and reduce costs.

With the use of VR smart headsets and industrial AR applications you can take advantage of a wide range of data sources to solve complex tasks, improve training / conformity and provide access to specialists remotely, all by optimizing time and leveraging with limited resources from a working group, which was, until now, very expensive.

The increase in workforce productivity

The reduction of errors during work activities

The reduction of the time required to complete the tasks

Who uses VR and AR technologies for current industry processes?

The main Oil and Gas companies were the first to adopt the smart Headsets, with a wide range of applications for field services, training, simulation and virtual and augmented reality training, system operations, as well as for scientific and laboratory uses.

Industry 4.0: Functional requirements that any system should have.

The app keeps users informed of what is happening, of the effects the user’s action has had or is having.

The app must speak the language of the user with familiar words, phrases and concepts, following the conventions of the real world and displaying the information in natural, hierarchical and logical order.

The same words, the same commands, the same actions should appear in the same location, in the same order and produce the same effects in equivalent situations. The app must follow the most consolidated standards (for a complete list of the principles of the UX design consult IOS Human Interface Guidelines). Eg.: The iPhone search command is traditionally placed horizontally/upwards.

Use mandatory functions that prevent the execution of incorrect actions.

Minimize the user’s memory load and reduce as much as possible the information to be kept in mind. The instructions for using the app will be visible or readily available when appropriate.

Help the remote operator to recognize, diagnose and solve errors through infographics and recognizable icons.

Allow the attendant operator to reconsider their actions, to make visible the history of the actions they have taken, to provide the error messages expressed in a simple language that accurately indicates the problem and possible solutions.

Because these cookies are strictly necessary to deliver the website, refuseing them will have impact how our site functions. You always can block or delete cookies by changing your browser settings and force blocking all cookies on this website. But this will always prompt you to accept/refuse cookies when revisiting our site.

We fully respect if you want to refuse cookies but to avoid asking you again and again kindly allow us to store a cookie for that. You are free to opt out any time or opt in for other cookies to get a better experience. If you refuse cookies we will remove all set cookies in our domain.

We provide you with a list of stored cookies on your computer in our domain so you can check what we stored. Due to security reasons we are not able to show or modify cookies from other domains. You can check these in your browser security settings.

We also use different external services like Google Webfonts, Google Maps, and external Video providers. Since these providers may collect personal data like your IP address we allow you to block them here. Please be aware that this might heavily reduce the functionality and appearance of our site. Changes will take effect once you reload the page.