Virtual reality, by definition, simulates effective reality. The evolution of the information technology has made possible the navigation of PHOTOREALISTIC settings in real time, as well as the interaction with the objects included in these atmospheres.

At TwoReality we design and produce applications for virtual headsets, mobile devices and augmented reality for companies and events; developing digital contents to adapt them to the devices that we want to use. In each project we select the best technology available for virtual headsets and implement your virtual reality app for Microsoft HoloLens, HTC Vive, Oculus Rift, Samsung Gear VR and Cardboard.

Also, we develop the digital contents that will be displayed in: Videos in 360 ° and 3D models in 360 °. Development of technology and augmented virtual to your needs.

The agency and producer of Virtual and Augmented Reality TwoReality brings together different professional profiles; 3D modelers, animators, engineers and photographers. A multidisciplinary team works on the basis of strategy and objectives in each of the VR and AR projects of our clients..

TwoReality was founded in 2010 to help companies create shares in VR. We have built a portfolio of recognized experiences of virtual reality thanks to a team at the forefront of the production of high quality content.

Take a look at our customers

Rent and sale for Events 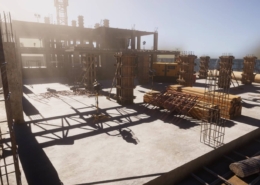 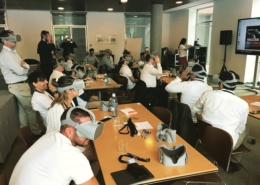 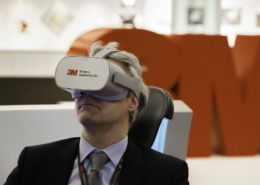