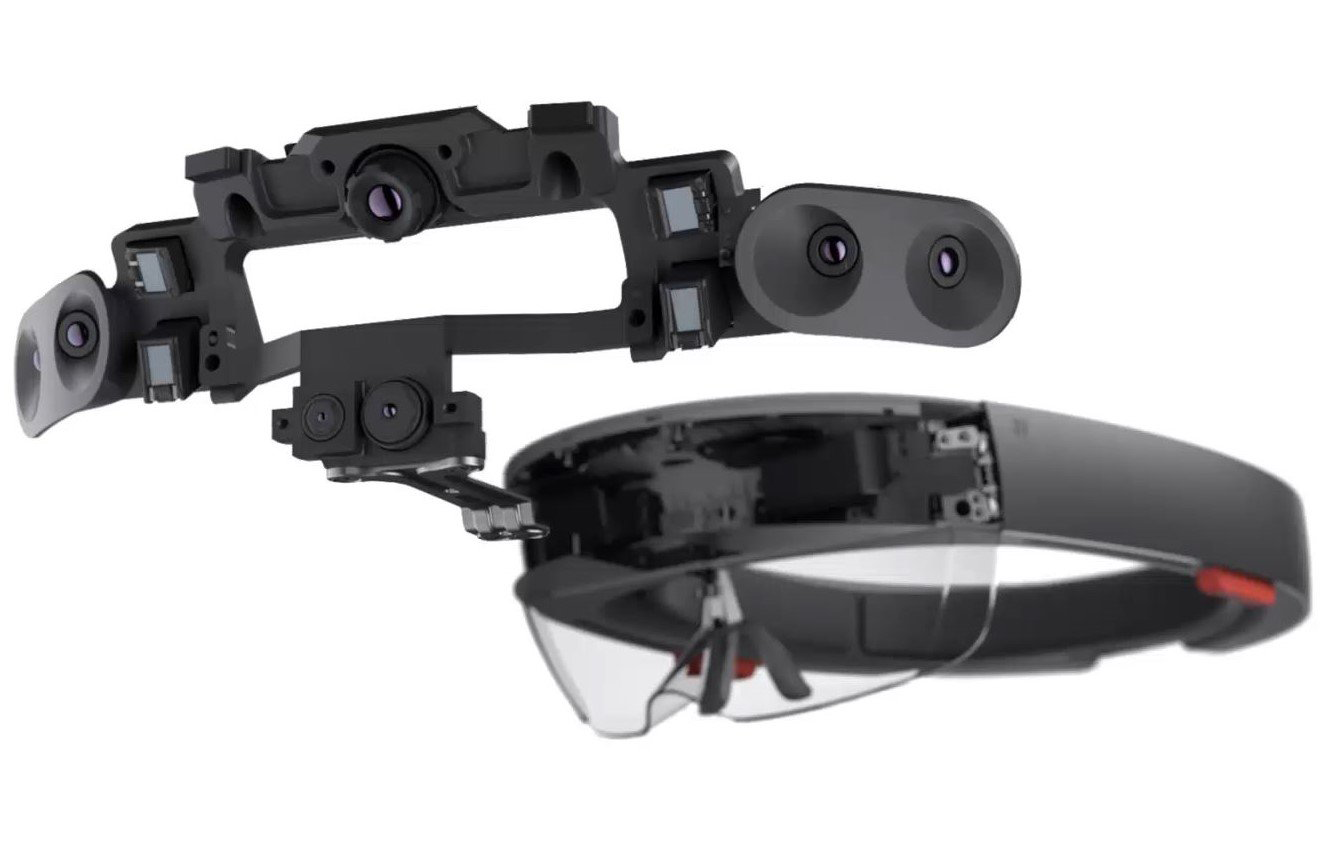 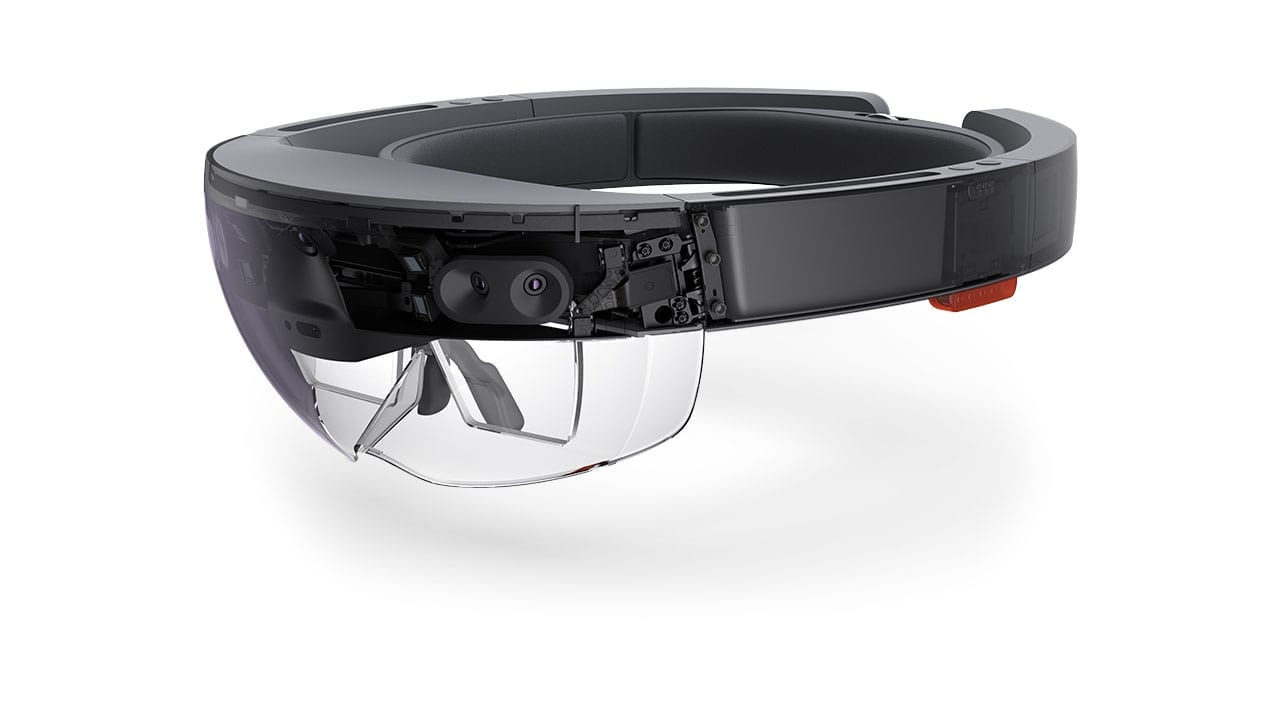 Microsoft HoloLens is a wireless display that integrates the Windows 10 operating system. It is a device designed to exploit the capabilities of the Windows Holographic system. The lenses use advanced sensors, a high-definition 3D optical monitor and a spatial sound system that offers the user the possibility to enjoy Augmented Reality applications through an unprecedented holographic interface, with which you can interact through the look, the voice or the gestures of the hands.

Among the different types of sensors used by HoloLens, there is a high energy efficiency depth camera with a 120 ° x 120 ° field of view. Among all the features that allow the sensors we highlight the possibility of conducting head-tracking, capturing videos and capturing sounds. In addition to a high-end CPU and a GPU, HoloLens also incorporates a Holographic Processing Unit (HPU), a coprocessor that integrates data from different sensors and allows actions such as environment mapping, gesture recognition and voice recognition.